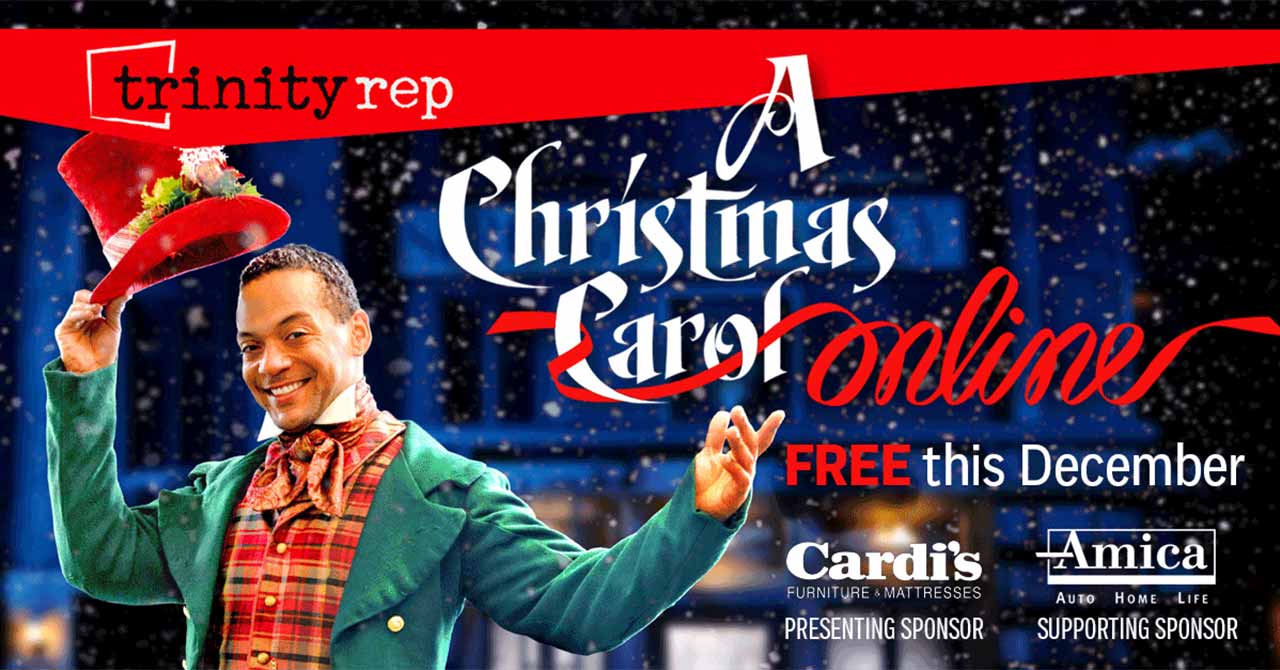 Amica Insurance has signed on as the Supporting Sponsor of Trinity Rep’s 2020 production of A Christmas Carol, renewing their longtime support for the holiday tradition. Amica joins Presenting Sponsor Cardi’s Furniture & Mattresses as major underwriters of the production, which is being distributed online and free to everyone this year as a piece of digital media. More information about the production and a full list of sponsors can be found at trinityrep.com/carol.

The online production of A Christmas Carol represents Trinity Rep’s first major foray into digital production. The on-demand streaming production is inspired by traditional theatrical storytelling but takes advantage of digital production opportunities in this new form. Curt Columbus directs with Alberto Genao as cinematographer and Joe Wilson, Jr. in the role of Ebenezer Scrooge. The production, as well as free bonus content, will be available to audiences beginning in December. Free registration will open in November.

Based in Lincoln, Rhode Island, Amica is the longest-standing mutual insurer of automobiles in the U.S. A direct writer, Amica also offers home, life, marine and umbrella insurance, as well as annuities. Through sponsorships and charitable grants provide by its foundation, Amica has been a strong supporter of its community. Their relationship with Trinity Rep dates back nearly four decades, and their leadership in supporting A Christmas Carol has played a major role in the growth and success of the holiday production.

“We’re thrilled to support this innovative production of A Christmas Carol,” said Julie Montalbano, Corporate Social Responsibility and Events Manager at Amica. “Trinity Rep’s production of this classic tale is a holiday tradition for many and making the show available to all free of charge is a phenomenal gesture in such a challenging year.”

“Everyone at Trinity Rep is extremely grateful for Amica’s continued support,” said Trinity Rep Executive Director Tom Parrish. “Particularly during these challenging times for cultural organizations, it is heartening to have corporate partners embracing our innovative pivot to digital media and enabling us to offer this content free of charge to the public.”

Rhode Island’s Tony Award-winning theater, Trinity Rep has created unparalleled professional theater for and with its community since its founding in 1963. Trinity Rep strives to facilitate human connection and has been a driving force behind the creativity that fuels and defines the region for more than 50 years.

Trinity Rep is committed to reinventing the public square and inspiring dialogue by creating emotionally-stimulating live productions that range from classical to contemporary and innovative education programs for all ages and abilities. Its annual production of A Christmas Carol has brought families together for more than four decades and made memories for over a million audience members.