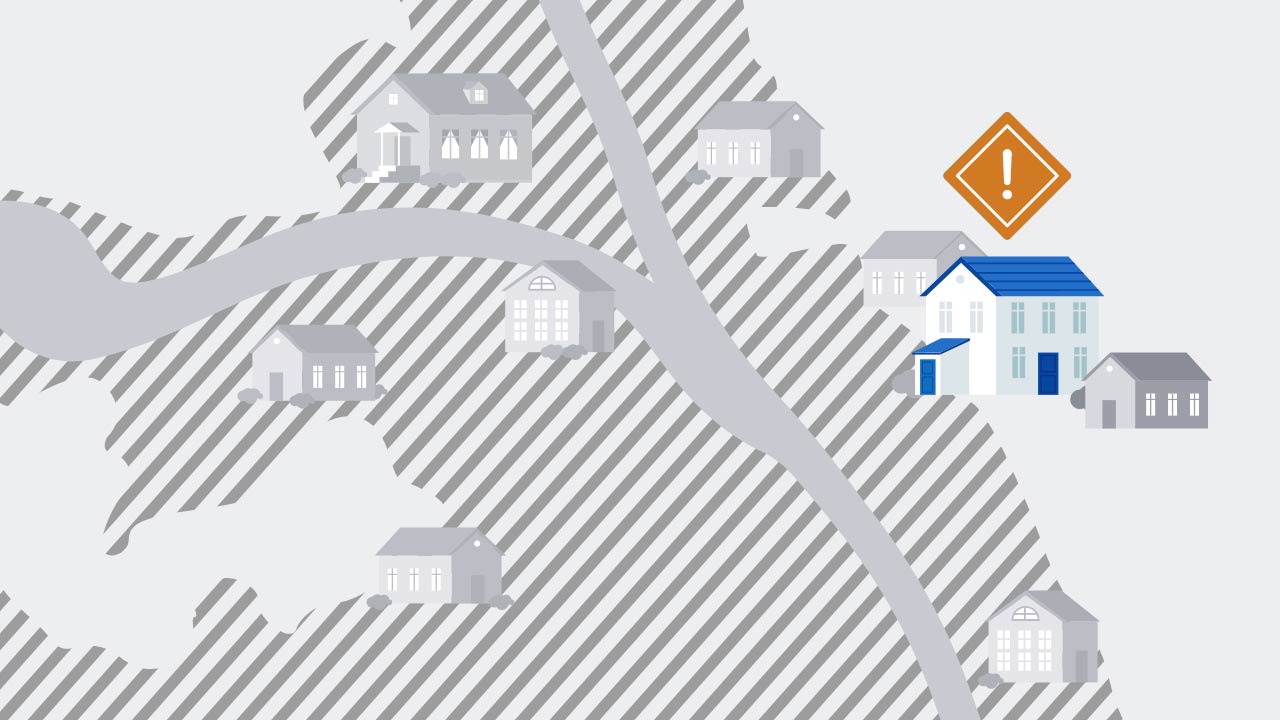 Since the early 1970s, the Federal Emergency Management Agency (FEMA) has been responsible for creating and updating flood zone maps for communities across the U.S. Over time, these maps have become more detailed and easier to read, helping homeowners verify whether their property is at risk of flooding. They’re also used by government officials and insurance agents to determine flood insurance requirements and policy costs. But what, exactly, does a flood zone map communicate, and how can you check if your home is in a high-risk area?

Flood insurance rate maps (FIRM), known more commonly as flood zone maps, provide an overview of geographic regions and their varying levels of flood risks. In most cases, coastal and low-lying areas have the highest chance of flooding, though extreme weather can threaten homes at every elevation. Before looking up your neighborhood, it’s important to understand some of the key terms used in flood zone maps, including:

As suggested by their name, flood zone maps are divided into “zones” that reflect the severity or type of flooding common in a given area. Each zone has its own level of flood risk and different regulations concerning flood insurance. Here’s a quick breakdown of the key flood zones you should look out for:

Many states require homeowners living in high-risk flood zones to purchase insurance through the National Flood Insurance Program (NFIP), while property owners in moderate- to low-risk regions can opt out. However, most insurance experts recommend purchasing some level of flood protection even if you live outside of a high-risk area.

How to check if your home is in a flood zone

The easiest way to access your neighborhood's flood zone map is to visit FEMA’s Flood Map Service Center, which provides a country-wide overview of at-risk areas. The map can help you locate flood zones, floodways and the level of risk your home faces, along with topographical information about local flood control systems like levees, coastal barriers and the base flood line. Since flood risks change over time, the NFIP and FEMA are constantly updating their maps to reflect the most recent data collected.

If you’re having a hard time determining if your home falls into a high-risk flood zone, we can help. Contact a representative today at 844-395-4419 to learn more about flood hazards in your area and the benefits of flood insurance.

The information in this article was obtained from a source or sources that are not associated with Amica. The information is reliable and accurate to the best of our knowledge

Is my house in a flood zone?

What is an AE flood zone?